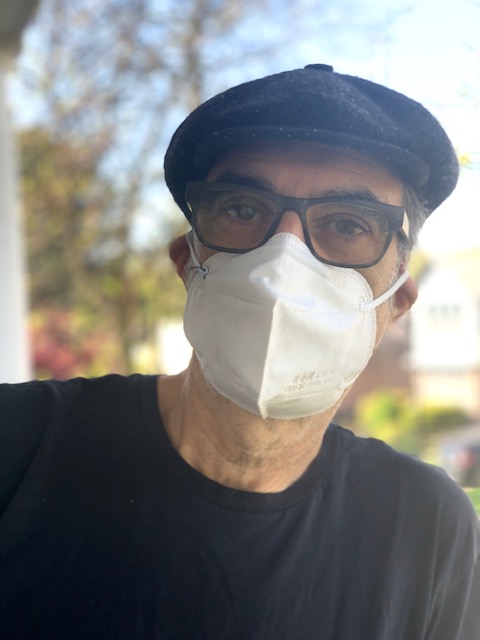 If you see saxophonist Roy Nathanson on the Q train, head down and pen out, he’s writing a poem. (His second book is due for publication soon).

He hasn’t been riding the subway lately, and we know why.

Had you heard Nathanson—head up, saxophone pointed skyward—at Joe’s Pub, in Manhattan, last week, toying with Bach and digging into new tunes, he’d have been celebrating the release of “Heart” with his bandmates in the collective Endangered Quartet, his latest context for music-making.

That gig got canceled along with, well, everything else.

Endangered Quartet extends both long-running and more recent relationships for Nathanson: with trombonist and singer Curtis Fowlkes, who co-founded the Jazz Passengers with him in 1987; with Tim Kiah, whose bass playing and vocals were key elements in Nathanson’s inventive Sotto Voce quintet; and with Jesse Mills, a violinist whose training and experience is primarily classical, but whose innate senses of swing and of humor make him an easy fit into Nathanson’s genre-free, accessible-yet-challenging musical sphere. (It helps that Mills can sing, too.)

According to Dan Kaufman’s liner note to the new album, the group came together through an informal get-together two years ago in Nathanson’s Brooklyn living room—“around the idea of letting the instruments have a certain intimacy together, one that allowed for the compositions to breathe,” Nathanson said.

That sort of closeness may not be possible in these shelter-at-home times. Yet Nathanson has found ways to create musical intimacy while maintaining social distance, sometimes from his second-floor porch. And Endangered Quartet’s new songs and reworkings of existing music—especially Nathanson’s lyrics to Kiah’s lovely “Endangered Hearts”—have lately taken on new meaning.

The group turned their record release party into a Facebook Livesession, with some guest commentary from Elvis Costello. “If music ever had the ability to look into the future with hope, to even guess at the future,” he said, “then I think you can find it in these recordings.”

Nathanson and I spoke about opening hearts through music, lockdown be damned.

What was the last gig you played before it all shut down? END_OF_DOCUMENT_TOKEN_TO_BE_REPLACED 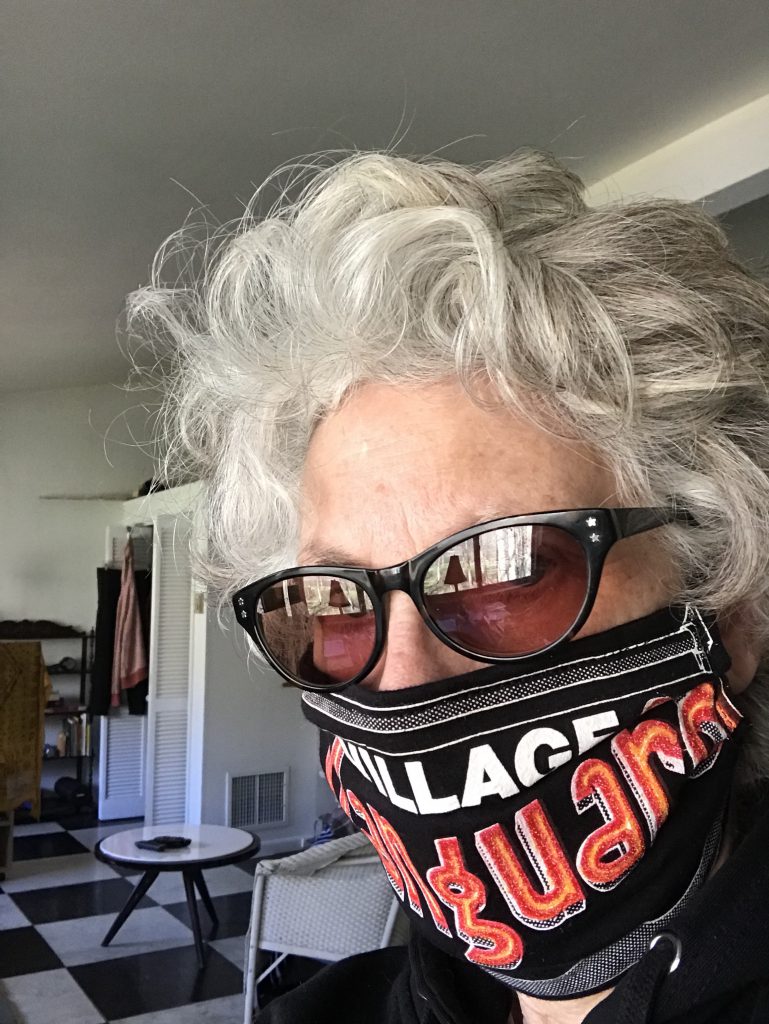 A decade ago, I interviewed Lorraine Gordon, the owner and proprietor of the Village Vanguard, New York City’s best and longest-running jazz venue, about the club’s 75th anniversary.

Lorraine, a forceful presence at the club and in jazz in general throughout her life, had assumed the club’s reins in 1989, after the sudden death of her husband, Max Gordon, who founded the club. Lorraine told me:

“I like the coziness of the room when it’s full, when the people seem happy and they’re at one with the artist. There’s just a certain feeling you get because it’s small enough to reach out, and back and forth between the audience and the artists. So, that’s a palpable feeling: I feel it myself when I sit in the corner, and I see everybody’s face is absolutely glued to the stage. It’s like a painting but it’s real life, every night.”

Those words have a special resonance right now—tinged with longing, two months since the club closed its doors due to the COVID-19 crisis.

The only other time I’ve experienced the Vanguard’s red double doors shut when they should be open was after the attacks of Sept. 11, 2001. Yet even then, three nights later, Tommy Flanagan was at the club’s piano.

Deborah Gordon—Max and Lorraine’s daughter—began working at the club in 1989. She worked closely with her mother running the club until Lorraine’s death, at 95, in 2018, when she took over full time.  When Deborah spoke to me from the house in Pennsylvania she and Lorraine bought nearly 20 years ago, the club had been closed for more than two months.

Yes, it’s still a lot for me to wrap my head around. END_OF_DOCUMENT_TOKEN_TO_BE_REPLACED 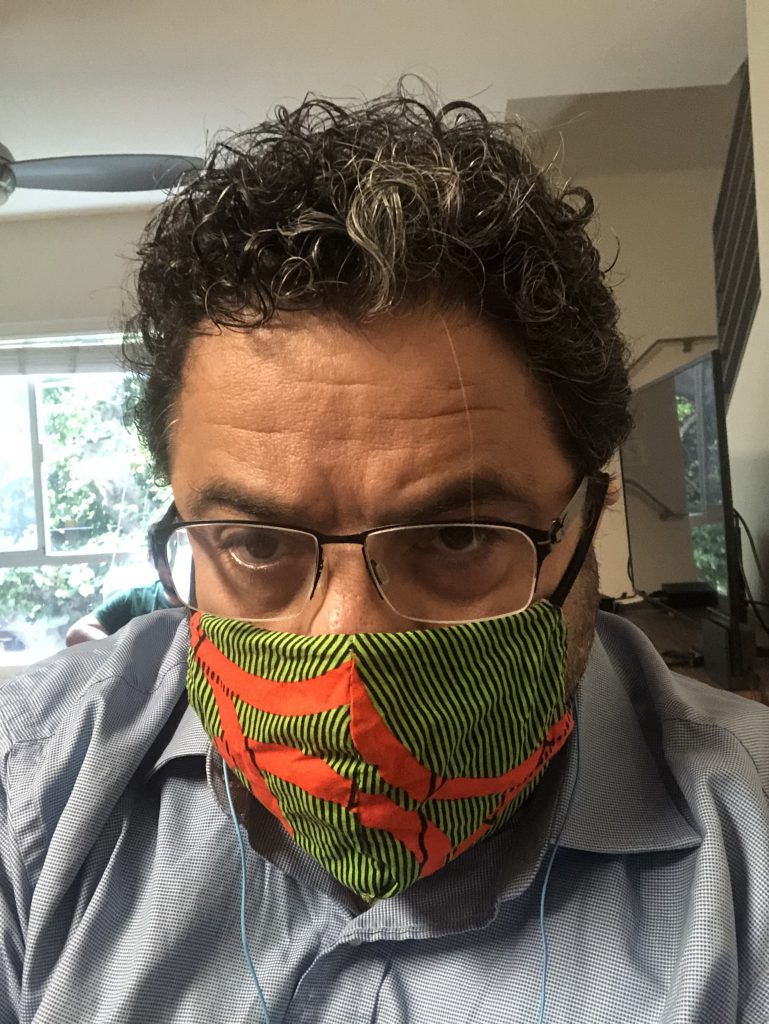 COVID Conversations is a series that  looks back through my talks with musicians since we first got locked down and moves forward as long as we’re stuck where we are.

At the Passover Seder I attended last month, the Four Questions came and went without the usual fanfare. Zoom meetings can be like that. Yet that first question—Why is this night different than all other nights?—struck me with fresh, COVID-era implication.

The title track of Arturo O’Farrill’s new release, “Four Questions” are drawn from the W. E. B. Du Bois’s book, “The Souls of Black Folk”:

O’Farrill was moved to consider these questions by the author, activist and theologian Dr. Cornel West, via West’s 2014 speech  to a packed house at Seattle’s Town Hall a few days before his 10/13 arrest at the “Moral Monday” Civil Disobedience Actions in Ferguson, Missouri, in response to the fatal shooting of Michael Brown. O’Farrill met West at another protest against police brutality, and again at a symposium where they both spoke. The two got to talking—about shared commitments to social justice and swinging rhythms. O’Farrill ended up composing a piece, which had its premiere performance at The Apollo Theater in 2016, for which his Afro Latin Jazz Orchestra was joined by Dr. Cornel West as a guest soloist, conductor, and percussionist. As recorded, “Four Questions,” the centerpiece of an album devoted exclusively to O’Farrill’s compositions,  is dense and intense, by turns angry and celebratory; it’s about ancestry, shared inheritances and a common sense of purpose.

O’Farrill typically splits his time between New York City, where he leads the nonprofit organization he founded, the Afro Latin Jazz Alliance, and Los Angeles, where directs a program in Global Jazz Studies for UCLA’s Herb Alpert School of Music. Now, he’s holed up in L.A. for the foreseeable future. We talked about his collaboration with West, and about what this extended moment means. END_OF_DOCUMENT_TOKEN_TO_BE_REPLACED