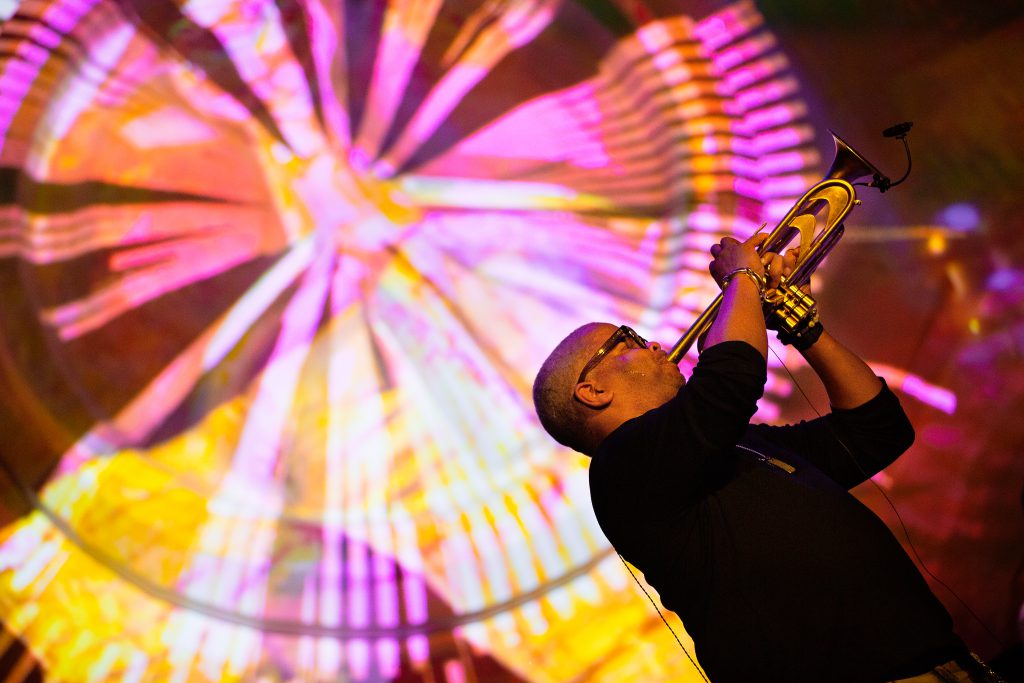 Here’s what I came up with, thankfully not behind any pay wall, under the headline “Can A Trumpet Silence a Gun?” END_OF_DOCUMENT_TOKEN_TO_BE_REPLACED

As trumpeter, bandleader, educator, and composer, Terence Blanchard usually projects supreme confidence. At 52, he’s a multiple Grammy Award winner whose influence upon jazz’s landscape is deep and elemental. His music has reached millions through his scores for more than 50 films and for Broadway productions.

Yet in the living room of his New Orleans home last year, he described to me how he felt before composing “Champion,” an opera based on the story of boxer Emile Griffith.

“What can you think, as a jazz musician, when somebody comes up and asks you to write an opera?” he said. “For a little while,” Blanchard said, “I was so intimidated I stayed away from it.”
He dove in, with winning results. “Champion” had its premiere last June at Opera Theatre of Saint Louis to great acclaim, and is nominated for Best World Premiere at the upcoming 2014 International Opera Awards (the only modern American opera so honored).
Bold and moving as is the staged tale of Griffith’s life and career—I’ll get to that—Blanchard’s music, taken on its own, says much and hits hard. It frames both Griffith’s unique story and Blanchard’s singular voice .
Now Blanchard has launched an Indiegogo campaign to raise funds for a recording of his score by the original cast, which includes mezzo-soprano Denyce Graves, with members of the St. Louis Symphony. He hopes to record in June at Powell Hall in St. Louis. The online campaign features many levels of participation—one offers a one-on-one music lesson with Blanchard—and closes on April 22.
Blanchard is not the only high-profile jazz musician to pursue and ambitious project through fan funding. Maria Schneider’s 2013 Grammy-winning work, “Winter Morning Walks,”  featuring two chamber orchestras and opera singer Dawn Upshaw, was funded through the ArtistShare site. And he’s not the only trumpeter composing music that challenges our notions of jazz pedagogy and social justice: Wadada Leo Smith‘s recent “Ten Freedom Summers” paired jazz quartet and chamber orchestra to fill four CDs with a musical account of the Civil Rights Movement.
Yet Griffith’s story struck a personal chord with Blanchard, and fits within other legacies as well. As I wrote in the Wall Street Journal last year: END_OF_DOCUMENT_TOKEN_TO_BE_REPLACED